How to Market a House Without a Garage

With the increase in ride-sharing and walkable developments, garages may not be at the top of every buyer’s wish list, and some homes are constructed without them. Know how to make a garageless listing appeal to the widest possible audience.

Garages haven’t always been part of the American home. In fact, it wasn’t until Ford Motor Co. started mass-producing the Model T in 1913 that small detached sheds were built on properties that had enough land to protect these new contraptions, according to Scott Sidler, licensed contractor and author of The Craftsman Blog. As the size and number of cars increased, so did the sheds. Eventually, these structures were integrated into the home-construction process, in part to make access easier.

In the 1980s, garages grew larger to keep in scale with emerging McMansions. Some were finished with heating, painted floors, windows, and storage. And in the most extreme cases, they were converted into living space, which meant cars again had to be parked elsewhere.

Other priorities will sometimes trump demand, too. Recent research from realtor.com® pointed out that for parents of school-age children, high-performing educational institutions win out over a garage.

However, it’s still rare to find buyers who completely eschew them, though the data is scant. A recent poll conducted by Houzz found that only one in 10 respondents said they don’t need a garage. A few years earlier, the National Association of REALTORS®’ 2013 Home Features Survey found that 78 percent of homeowners had a garage and that the feature is more popular among buyers of new homes and suburban and Midwestern homeowners.

Sales associate Katie Horch, ABR, SFR, with Keller Williams Realty in Medford, N.J., thinks the importance of a garage depends on an area’s inventory and buyer motivation. “Some are fine without it,” she says. Others “don’t even use it for their cars but as a space to store things.”

On the flip side, there are plenty of buyers who will avoid a listing without a garage, even if the location, price, and everything else about the house meets their approval. “They think, ‘Uh oh, no garage’ and move it to the bottom or off their list,” says Libbe Pavony, a real estate salesperson with Houlihan Lawrence in suburban Briarcliff Manor, N.Y.

Real estate salesperson Steve Kempton with RE/MAX Community in Williamstown, N.J., is still looking for a buyer for a house he listed more than 70 days ago that has a garage that was converted to a recreation room. “It’s hard even to get buyers in. But there’s not much we can do since the seller feels the garage is an improvement rather than deterrent and doesn’t want to convert it back,” he says.

Similarly, Jennifer Roach, salesperson with Premier Sotheby’s International Realty in Sarasota, Fla., has a $1.2 million listing in her city’s historic district that she says probably hasn’t sold because its detached garage was converted to a guest cottage. The house has been listed since the end of March. She cautions homeowners that such an improvement represents a “gamble.”

Whether you’re selling a historic home that never had a garage, one on a tight lot where there isn’t room, or one where the space has been converted, you can use a multistep marketing approach to help widen the buyer pool. Here’s how to proceed:

Study the neighborhood to find out how prevalent garages are. In areas where garages are less common, salespeople can play up that fact. Few homes in the two historic areas near downtown Salem, Mass., have garages, and most lots are too small to build them, says Ryan Guilmartin, SRS, salesman with Keller Williams Realty in nearby Beverly. “About 95 percent of the houses don’t have garages, and the few that do are much more expensive, so we emphasize the savings,” he says.

In Albuquerque, N.M., the small houses in the walkable downtown area were built in the 1920s. Often, the original one-car garages have been converted to living space through the intervening years, says Jessica Beecher, owner of RE/MAX Select in Albuquerque. She says buyers familiar with this neighborhood, or urban areas in general, are typically not bothered by the situation. “For many relocating from bigger, not more expensive, cities, it’s usually not an issue since many are accustomed to not having a garage and parking on a street or paying for a parking garage,” she says. However, buyers not familiar with this part of town are disheartened by the difficult search for even a one-car garage. Beecher says they usually end up buying in another neighborhood where they can find a house with an attached two-car garage.

Price the listing competitively. Be sure to compare apples to apples—if you look at comparable houses without garages, you’ll get a lower listing price and appraised value than those with garages. How much less depends on the importance of this feature in the area. In Roach’s Sarasota neighborhood, most homes are built with garages since buyers want to protect their cars from the sun and oxidizing salt, have a place to store their beach gear, and protect their possessions from vandals if they head north for an extended period. Therefore, she says the absence of a garage can decrease the appraised value by as much as 20 percent. But those who’ve been priced out of certain neighborhoods may find the savings appealing. Research street, lot, and covered parking. Some communities have strict street parking rules, require permits, or limit parking hours. Sometimes permits are available free or at a reduced cost for residents, another important fact to nail down. In the suburban township of Millburn, N.J., cars aren’t allowed on a street overnight, says Coldwell Banker Residential sales representative Stephanie Mallios. In Roach’s area, streets are narrow, making parking difficult. Nearby public lots and garages are often an option but charge monthly or yearly, another fact to have clarified.

Fees vary widely. In the Millburn area, there is a 24-hour annual resident parking fee of $300 for some buildings and in certain municipal lots if you don’t have a driveway and garage, Mallios says. In Salem, Mass., garages charge an average of $50 a month, while in Chicago the monthly costs generally range from $200 to $250 in the Lincoln Park neighborhood to $300 to $400 in the Gold Coast. Lazarre found a public garage a half-block from one client’s home that has staff who would also wash the car and warm it up before needed on cold days. “The key is to have a [parking] solution less than a block away since few want to walk” farther than that, she says.

Emphasize other, non-vehicular storage options. Many buyers put almost as much stock in a garage for storing possessions as they do for parking their cars. If a seller’s home doesn’t have a garage, ask what other storage exists within the house—in a basement, attic, or closets—and tout these in your marketing. For houses that don’t have impressive storage options, you may want to research nearby off-site storage facilities.

Find out about other transportation options. Some buyers happily hop on a bus or take a subway, especially if a stop is near their home. Others will rent a Zipcar or take an Uber, Lyft, or taxi.  Make sure you fully understand what’s available on a regular basis and the average costs to use each service to help buyers gauge all expenses versus owning, insuring, and parking their own car. And just because the neighborhood is dense doesn’t mean you should assume these options exist. Downtown Albuquerque may be walkable, but Beecher says there are few car-sharing options and a lack of reliable public transportation.

Find out if it’s possible to construct a garage. This may be the most appealing scenario for buyers who value parking their own car in an enclosed structure. Obtain setback, variance, and permit requirements from the local building and planning department so you can help buyers estimate what kind of garage can be built, if any, and how long the approval process takes. In her downtown Albuquerque area, Beecher says small one-car garages can be constructed in alleys behind the houses for approximately $10,000 to $12,000, typically taking 30 to 45 days to complete, depending how busy the city and contractors are with other projects. In Sarasota, Roach says the county code and FEMA requirements demand that structures withstand natural disasters such as flooding, wind, and hurricanes. That’s why approval for a permit and construction for a new garage can take up to four months. Chicago’s code requires the digging of a four-foot-deep foundation for any garage so it’s below the frost line, says Michael B. Klein, CEO of The Airoom Companies, architects, builders, and remodelers in Lincolnwood, Ill.

Help buyers visualize what a garage might look like. A motivated seller may be willing to pay a design professional to draw a detailed plan of a new garage with several elevations, says Horch. Klein, whose firm regularly designs garages, charges $2,500 to $5,000 for most construction documents, with the fee dependent on complexity. It may be tempting to go with a generic plan, but Kingston, N.Y.-based appraiser Gregory Dodge says it’s important to offer a one in sync with the home’s size and value rather than one that overimproves the house. “You’d suggest something very different for a $200,000 versus $700,000 house,” he says. Pavony likes to include a digital version of the plan in her online marketing as well.

Get an estimate so buyers can weigh the expense. Garage prices vary according to the size, style, materials, foundation required, storage options, types of doors, and who does the work—an architect, design-build firm, or contractor. A “typical” 20-by-20-foot, two-car, detached garage with vinyl siding and shingle roof usually ranges between $20,000 and $38,000, says Uday Khedkar, president of Danley’s Garages in Northbrook, Ill. Popular improvements such as panelized wall and ceiling systems and snap-together floor tiles could add close to $10,000, says Skip Barrett, head of GarageTek in Plainview, N.Y. But prices can go much higher, even approaching median home prices. Chicago architect Allan J. Grant is currently designing a three-car, 30-by-20-foot freestanding garage with cedar shake siding, a concrete slab floor, heating, electrical outlets, and special doors on a North Shore suburban lot to match an Arts & Crafts style home. The contractor’s estimate came in at $250,000, Grant says. “We were all surprised,” he says.

“This article was originally posted and written by Barbara Ballinger Staff and can be found on https://magazine.realtor/home-and-design/feature/article/2018/08/how-to-market-a-house-without-a-garage“ 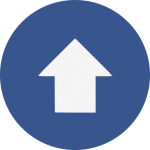